What is Reckless Driving: Definition & Consequences 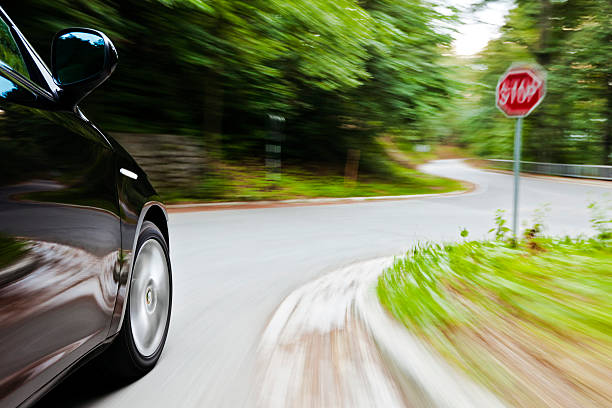 Many of the individuals who face a reckless driving charge don’t fully understand what the charge entails. They may find themselves asking common questions, such as:

We have some answers. Reckless driving is a misdemeanor that occurs when a driver operates a vehicle with willful disregard for other motorists, passersby, or property. Reckless driving can be the sole cause of a police stop, arrest, and criminal case, or you can get reckless driving charges alongside a DUI verdict.

No matter the circumstances of the incident, careless driving could result in death or serious injury to both the driver and potential victims.

Washington state law indicates that reckless driving involves a “willful and wanton disregard” for the safety of those around you. However, the legal jargon doesn’t clearly define the actions that might result in a reckless driving ticket.

What is considered reckless driving?

Examples of reckless driving include:

If you drove too fast during unsafe road conditions, the courts may escalate a speeding ticket to a reckless driving case. For example, reckless driving may even include moving at the speed limit on slick roads, such as after heavy rain or snowfall. While you may not be driving over the speed limit, your velocity is too fast for the current conditions and could result in injury or death.

Driving while drunk, high, or extremely tired can result in significant injury or death – and a reckless driving charge if you decide to operate a vehicle in an impaired state.

If your car isn’t safe or well-equipped enough to drive on a public road, you could face a reckless driving charge. Dangerous vehicles include those without brake lights, headlights, or turn signals—or ones in poor condition.

Reckless driving may seem thrilling to the driver. Still, this careless approach to driving causes some of the most catastrophic collisions, traumatic brain injuries, and life-altering outcomes.

Reckless driving consequences include the following types of accidents.

Head-collisions are less common than T-bone or rear-end accidents. Even so, the crashes often result in significant injuries and involve reckless or impaired driving. The collisions occur when you leave your lane and drift into oncoming traffic while driving drunk or attempting to pass another vehicle.

Tailgating often causes rear-end collisions. While tailgating, or following another car too closely, you’re unable to stop your car in time to avoid a collision and may slam into the truck or car ahead. Typically, the occupants of the leading vehicle sustain more significant injuries, such as brain trauma or whiplash.

When driving recklessly, you often can’t slow down or move over quickly enough to prevent a collision with a pedestrian or cyclist. As a result, innocent bystanders may get run off the road or suffer a life-threatening injury.

Reckless driving penalties vary from state to state. In Washington State, you may face several punishments based on factors such as:

With that in mind, Washington state law includes the following penalties for reckless driving:

If you received a reckless driving charge in Washington, you may or may not qualify for a mandatory ignition interlock sentence. However, if a judge has previously charged you with impaired, negligent, or reckless driving in the last seven years, the courts are likely to install the lock on all of the vehicles that you own or operate.

How to Defend a Reckless Driving Charge

Every reckless driving case is different. That said, if you received a reckless driving ticket, an experienced attorney might be able to argue your case, resulting in a reduced or dismissed sentence.

Depending on the circumstances of your case, your attorney may turn to one of five common defense arguments, as follows.

Your attorney will review your case and determine which argument best suits your situation. If they can prove that you were not driving with “willful disregard” of others’ safety, you may receive a minimized penalty, allowing you to move on with your life more quickly while reducing legal fees.

Get a Skilled Reckless Driving Lawyer

Now, you already know “what is reckless driving”. So if you are charged with reckless driving, our team at Brain Injury Law of Seattle may be able to help. Our knowledgeable attorneys will work with you to examine your case and determine the best legal defense. Most importantly, your reckless driving lawyer will provide you with the support you need to navigate the stress, frustration, and financial burden of a reckless driving court case.

For more information on our services or to schedule a free consultation, please get in touch with our staff at Brain Injury Law of Seattle today.